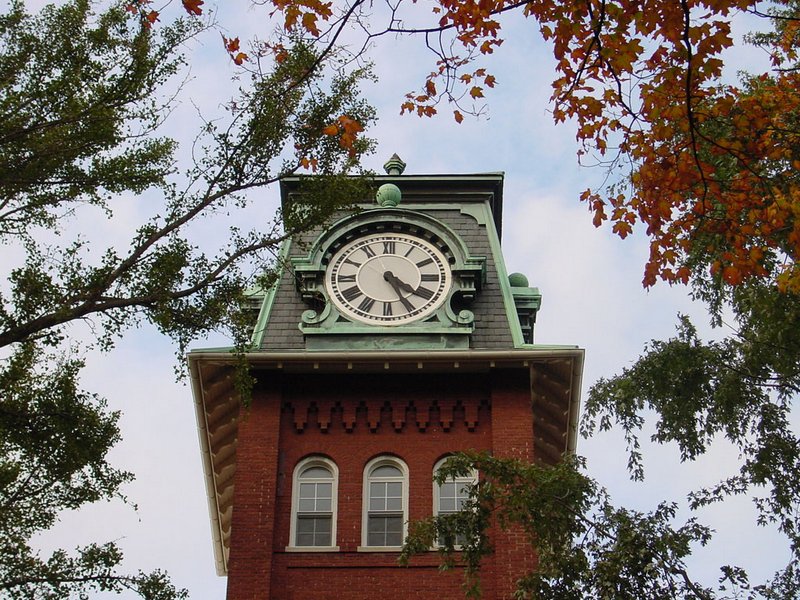 A Concise History of the Hamilton Watch Company

for their 120th Anniversary

Ask Americans to name a great domestic watch company and you will likely hear one name mentioned more than all others combined: that of Hamilton. Founded in Lancaster, Pennsylvania in 1892--from the detritus of a series of defunct start-up companies--with the aim of providing accurate and reliable watches for the nation’s railroads, Hamilton is the longest continually operating brand among watch companies founded in the United States. Though today the brand is a member of the Swatch Group, with its production and headquarters located in Switzerland, Hamilton maintains a focus on its American roots with products celebrating this heritage. Hamilton is celebrating its 12 decades of horological history with 120th Anniversary models that are prime examples of how proudly they have maintained their reputation as an American icon—from “The Rail Road Timekeeper of America” of yore, until today.

The following pages are more than just a chronological presentation of the brand’s highlights, they reflect the history of an entire American industry and follow the nation’s economic, industrial, and political fortunes through wars, depression, boom years and times of significant technological change, some of the latter having been conceived and implemented by Hamilton themselves.

Genesis of an American Icon

The founding of the great Hamilton Watch Company came on the heels of the fitful starts and subsequent failures of five start-up watchmaking firms between 1874 and 1886. The Lancaster Pennsylvania Watch Company and five other ill-fated companies all shared the location that Hamilton ultimately occupied and expanded over the course of nearly a century. In 1982, the Hamilton factory was added to the US National Register of Historic Places; the remaining stately brick buildings are presently home to various businesses and residences.

In 1891, roughly a year before Hamilton was founded, a tremendous railroad accident occurred. Known as the Tipton wreck, it was attributed to inaccuracy of a railroad man’s pocket watch. This finding led to some important standards being adopted by North American railroads, mandating that the men in control of the trains ensure that their timepieces adhere to rigorous expectations of accuracy and service. Suppliers and manufacturers of railroad-grade pocket watches were spurred to provide timekeepers that could attain new levels of efficiency and reliability. With the aim of producing such top quality watches, the Hamilton Watch Company was founded in 1892. The company was named for Andrew Hamilton, an 18th century Attorney General of Pennsylvania, architect of Independence Hall in Philadelphia, and famous defender of freedom of the press in America. By the following year, Hamilton unveiled their first product; the 18-size Grade 936 exceeded the existing RR standards. Another year later, in 1894, Hamilton was consistently advertising that they would produce only high-grade watches. The brand was touted as “The Rail Road Timekeeper of America”. From 1893 to 1969, Hamilton produced 27 grades of watches to meet railroad standards; total

production numbers were enormous. Some grades, for example the 992 series, saw more than a million examples made. According to original Hamilton records stored in the archives of the National Association of Watch & Clock Collectors (NAWCC, in Columbia, PA, a short drive from Lancaster), in their first 65 years Hamilton produced nearly 2.8 million railroad-grade pocket watches—an average of more than 100 per day.

By 1902, ten years in business, Hamilton could boast 196,193 movements sold. In that era, pocket watches were sold uncased by Hamilton; cases were supplied by retailers according to the tastes and budget of the customer. Not long after, the company’s first watch for women was introduced--1908’s 0-size pendant watch, the Lady Hamilton which was sold in a factory-supplied case. The years of the First World War initiated the admirable history of Hamilton’s involvement in producing timepieces and other war materiel. Their efforts in the period 1914-1918 included construction of special navigational watches for the US Navy and supply of watches for use on railroads built by American Expeditionary Forces (AEF). AEF Commander Gen. John “Black Jack” Pershing carried a Hamilton RR watch during his deployment in the war. In their 120th anniversary year, Hamilton’s illustrious tradition of contributions to the US military effort is celebrated by the 2012 release of the Hamilton Khaki Navy Pioneer Limited Edition.

As could be expected, a company founded on the principles of watchmaking for railroads, heavily concentrated its effort on pocket watches, but the 1920s saw the introduction of wristwatches to the Hamilton product line. Having made their name in an era of pocket watches, no one could have predicted how well Hamilton, a company late to the ‘wristlet’ fad, would fare. In roughly a quarter century, Hamilton would evolve from a staid pocket-borne marque to a leader in modern design and technology. Expansion of the Hamilton line from pockets to wrists involved addition of movement grades, introduction of interesting new designs and even acquisition of other established brands. Among Hamilton’s fantastic Roaring ‘20s watch designs, few are more prized by collectors than the elaborately sculpted Piping Rock, Coronado and Spur models, cased in a variety of colors of gold and adorned with enamel-filled bezels. With such attention-grabbing models, Hamilton set the bar very high for the coming decades of wristwatch design. As America fell into economic depression, the market for fine timepieces declined, but Hamilton was strong enough to acquire the names and assets of other significant watch making firms as Illinois and E. Howard. Despite austere economic times, the Hamilton brand continued to expand its presence and capabilities through the 1930s. Hamilton watches were adopted as the official timepieces of newly-formed airlines TWA, United and Northwest. A revision of its 992 family of railroad-approved pocket watches was undertaken—including use of the special new Elinvar alloy for increased stability—including introduction a new series of high grade dress pocket watches for gentlemen. Members of this new ‘B’ family of movements--such as Grade 992B, introduced in the late 1930s--would continue to be produced for more than 30 years.

With the entry of the United States in WWII, Hamilton stopped production of watches for consumers in order to concentrate on supplying military timepieces, bomb fuses and other war materiel. Hamilton provided nearly ten thousand marine chronometers between February 1942 and the end of the war. Known as Model 21, it was the first such chronometer to be produced by modern manufacturing methods and is regarded as among the finest timepieces ever made in America. This ships’ clock was so accurate that the US Naval Observatory did not have modern enough equipment to verify its accuracy. Thus, Hamilton also provided the Time Comparator, a unique instrument that could determine the chronometer’s timekeeping error within 1/100th second per day. Production of specialty timepieces—including pocket chronographs, 24-hour navigational pocket watches such as Grade 4992B, and chronometers—and military-spec wristwatches brought the total number of timepieces Hamilton provided for the war effort just shy of one million. During and after the war, Hamilton was recognized by the United States for the excellence of their service and products.

After the war, Hamilton continued to innovate on two fronts as it had in the pre-war years (wristwatch style) and during the conflict (technological advancement). A singular example of this is the three-year secret undertaking known as “Project X” which culminated in the introduction of the Hamilton Ventura--the world’s first battery-powered watch--in 1957. Elvis Presley wore his Ventura in the film Blue Hawaii; this was the first of the Hamilton brand’s many Hollywood appearances. True to the brand’s innovative soul and its dedication to quality, development of new mechanical timepieces was not ignored in the 1950s. America’s finest wristwatch movements to date—the men’s Grade 770 and ladies’ Grade 757, each with 22 jewels—were introduced even while Hamilton shook the watch world with electric timekeeping for the wrist.

The 1960s saw Hamilton change the watchmaking landscape again in several ways. First, the company produced more futuristic timepieces for the film industry—Stanley Kubrick’s 2001: A Space Odyssey featured clocks and wristwatches (commemorated in recent years among the Hamilton line). Secondly, being fashion forward, Hamilton commissioned Bill Blass to design a collection of watches for their value-priced Vantage division. This introduced an era of “designer” watches at affordable prices. But this was also the close of an era: in 1969 the last mechanical movements were manufactured in the Lancaster, PA facility. Subsequent mechanical movement production shifted to Hamilton subsidiaries in Switzerland, which had been acquired earlier in the decade. Hamilton workers at the US headquarters would still be involved in design and assembly of timepieces for another twenty years.

Not content with having shaken the watch world with its first foray into battery-powered watches, Hamilton ushered in the 1970s with the world’s first electronic digital watch: Pulsar was made in the same Pennsylvania factory in which Hamilton had manufactured its traditional watches. (images 08-09; side bar text included below). The 1980s saw Hamilton giving its past a nod with the revival of classic wristwatch designs from the company’s golden years of the 1920’s through the 1960’s. Old favorites like the Boulton, Ardmore, and Ventura led an industry-wide trend to classic watches and presaged the mechanical watch revival of recent decades. The Khaki line recaptured a spirit of adventure and the rugged durability of watches used by intrepid explorers and brave soldiers alike. Through the 1990s and the beginning of the 3rd millennium, Hamilton continued its Hollywood tradition with watches seen in films like Men In Black and Lethal Weapon 4. Hamilton has proudly kept an eye on its history, which it continues to honor not only through commemorative editions and revival of historic designs, but by striving to move watch design forward and produce high-grade watches that provide reliability, accuracy and joy.

Hamilton’s revolutionary Pulsar, originally called the Pulsar Time Computer, was introduced in 1970 via a full-page ad in the New York Times. It was a radical departure from the world of analog wristwatch timekeeping. Understandably, Hamilton was quick to emphasize the difference between their new LED timekeeper and everything else on the market in their ad copy, which described the Pulsar as “the first solid-state wrist computer in the world…[it] has no hands, no dial, no moving parts.” Having been the first company to produce an electric watch in 1957, Hamilton had found themselves by the early 1960s playing second fiddle to Bulova’s Accutron, boldly advertised as coming “with the first guarantee of accuracy ever given.” Therefore, it is no surprise that Hamilton advertised their stunning new Pulsar’s ability to “keep unexcelled accurate time practically forever.” Initially a huge success—public demand was high and the first three years of production saw annual increases in sales and profits—the Pulsar shone brightly but burned out quickly. By the mid-1970s, competition had intervened; consumers were offered many choices including more reliable, less expensive LCD digital watches, and highly accurate quartz analog watches with longer battery life and constant display. In 1977, the Pulsar division was sold to an American jewelry firm who later sold the name to Seiko.