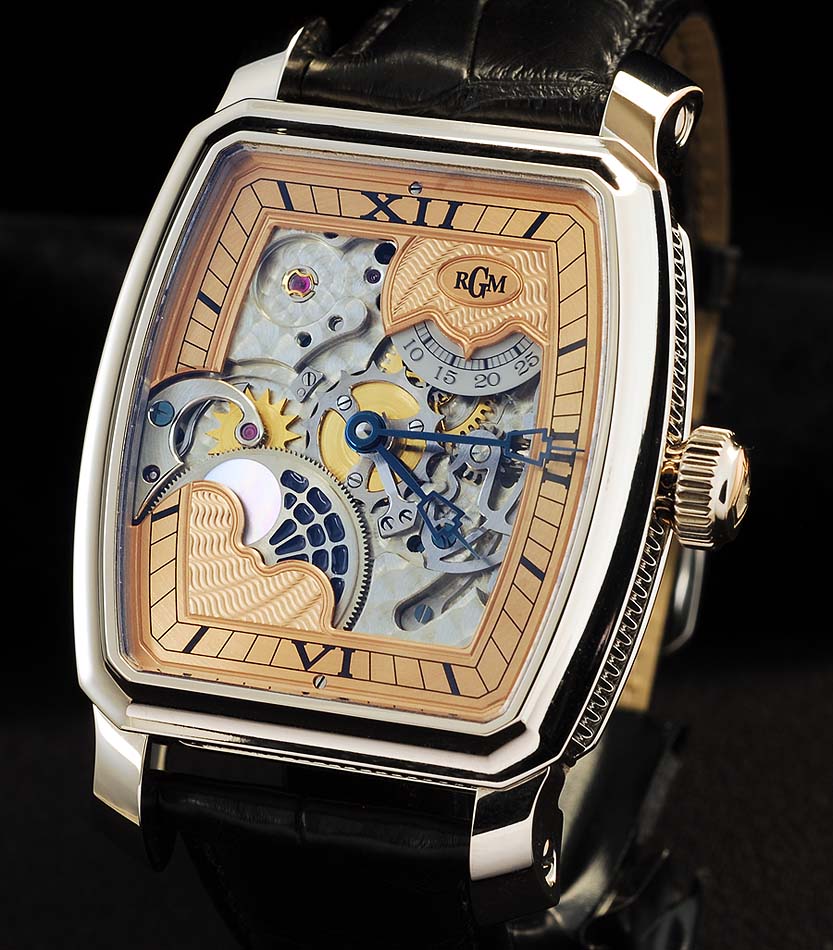 RGM Watch Company of Mt. Joy, Pennsylvania, America’s premier maker of luxury mechanical timepieces, is celebrating their 20th year with the introduction of their third in-house movement: Caliber 20. As with many RGM products, the new creation combines the modern with the traditional and manages to mark new milestones in American horology.

Caliber 20 is, for many reasons, a rarity in the world of modern watchmaking. At a quick glance, the tonneau shape of the watch is clearly a departure from the trend in recent decades for round movements. Not since the 1940s has an American watch company introduced a barrel-shaped caliber; the last non-round movement manufactured in the United States was probably Hamilton’s Grade 770 of the 1950s-60s, made a handful of miles from RGM’s Lancaster County home. And like Hamilton movements of old, RGM is producing their new movement locally—along with their ground-breaking Pennsylvania Tourbillon and the brand’s first in-house movement, Caliber 801. 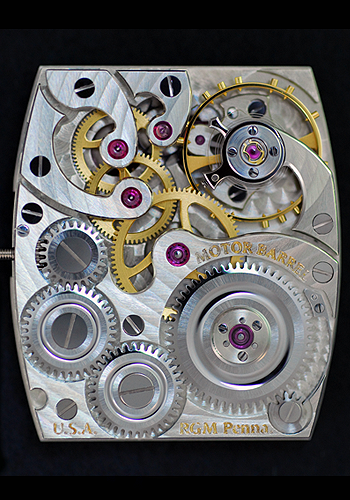 A closer look at Caliber 20 reveals not only very high-quality workmanship, such as manually applied anglage and perlage, but complexity far beyond the average hand-wound movement. Visible on the dial side of the movement is an innovative moonphase display. Because most mechanical moonphase indicators are susceptible to errors which can be compounded several times annually, RGM’s Caliber 20 was created with a very precise indicator which, if kept running, would not incur an error for over a century. RGM understands that keeping a hand-wound luxury timepiece running that long isn’t likely to happen, so they designed a quick-set mechanism that employs the crown, rather than a pusher, to adjust the moon display.

By looking even closer at the Caliber 20, the astute watch aficionado may recognize a feature that RGM considers both an improvement over the industry’s standard technology and a nod to the finest American watches of bygone eras; RGM’s anniversary movement is the first wristwatch caliber to be motivated by a Motor Barrel. Invented in the USA over a century ago and used on the highest grades of American Railroad pocket watches through their heyday, the motor barrel features a two-piece arbor that allows the barrel to work more efficiently—like a wheel in the gear train, set in jeweled bearings. Though requiring more complex manufacturing processes, the resultant reduction in friction and wear, combined with more efficient power flow, convinced RGM that this innovation from the past was overdue for a renaissance. 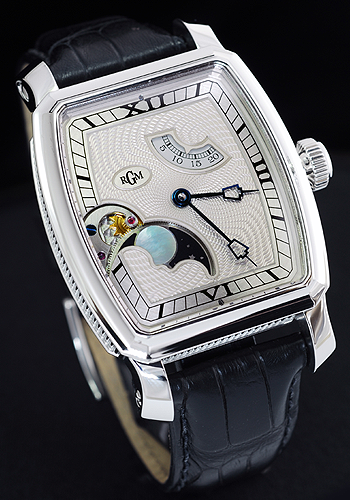 Many other noteworthy design features are present in Caliber 20. The main plate and bridges are fashioned from German silver, set with 22 jewels. Many of the shapes are reminiscent of the Caliber 801 and Pennsylvania Tourbillon, each of which were designed to honor traditional American watchmaking. The train bridges are decorated with fine Côtes Circulaires—similar to those seen on the highest grades of the RGM 222 Signature Series—emanating not from the center wheel but from the balance jewel setting. This wonderful touch draws attention to the unique shape of the balance cock and signals to the onlooker that this RGM is innovative and unique indeed.

Thanks to their modern capabilities for design and manufacturing, RGM spent only about a year in the design, prototyping and manufacture of the production versions shown here. Next, RGM’s creative attention will be focused on cases and dials to fit the new Caliber 20. Like the movement it holds, the case will be shaped instead of round. Company owner Roland Murphy and his staff worked tirelessly to produce a high-grade movement, beautiful in its form, efficient in its function, capable of commemorating a milestone anniversary for the only American company who has dared to produce movements of their own design domestically. For more information, images and video, or to sign up for the brand’s newsletter, please visit www.RGMwatches.com.