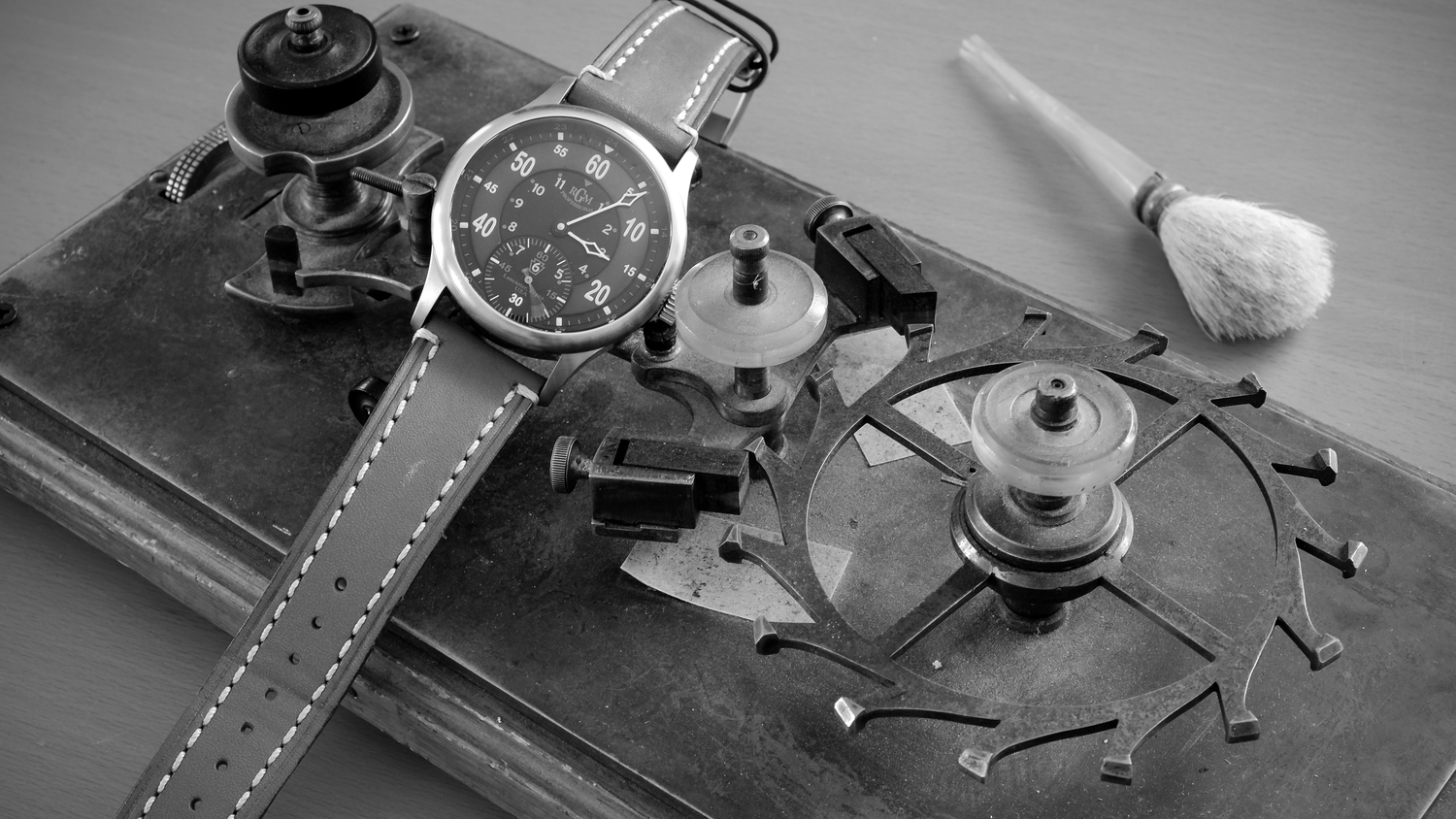 Nose art, massive radial engines sputtering and smoking, squadrons of aircraft flying in formation—there are many visual details that conjure up recollections of America’s aerial might in WWII, but for the watch aficionado few are as compelling as the timepieces made by great American watchmaking companies of that era. RGM Watch Company has drawn upon such historical influences as elaborate cockpit clocks and timers to create their made-in-America 801 Aircraft series.

The inspiration for RGM’s 801 Aircraft watch is a navigational instrument created jointly for the US war effort by Elgin and Hamilton in the 1940s: the model AN5741-1 clock. It was the pinnacle of airborne timekeeping, used mainly in large bombers such as B-17s and B-29s. This 8-day clock with 24-hour display, date, elapsed mission time and chronograph was but one of the timekeeping devices that would have been found on such aircraft, but it was by far the most complicated and technologically advanced. Though its diverse combination of functions is fascinating to the watch & clock fan, the bold functionality of the dial--with its blend of numeric indicators, stealthy black background and luminous indicators—is clearly the focal point. It evokes a period in history. The RGM 801 Aircraft watch pays tribute to the AN5741-1, the role it played in Allied successes, and the heritage of American watchmaking that made it possible. 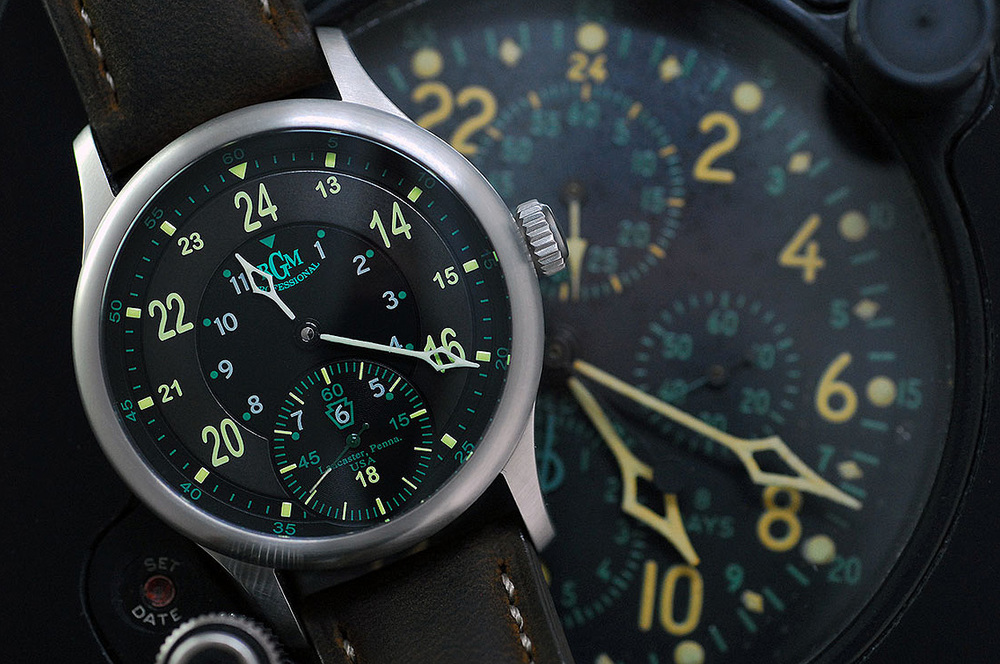 A hand-wound time-only watch with small seconds, the 801 Aircraft is powered by RGM’s exclusive19-jewel Caliber 801, the first wristwatch movement to be serially produced in the United States after a 40-year period of inactivity. Available with a plating of Rhodium or gold, the 801 movement is proudly housed in a case of brushed stainless steel. Distressed leather straps add to the vintage appeal.

But as with the original, it is the dial of the 801 Aircraft that makes this watch stand out. Using the original AN5741-1 as inspiration, RGM has combined elements of the 24-hour clock, the large 60-unit subsidiary register, and its distinctive color scheme into a tidy package suitable for 12- or 14-hour timekeeping. A special feature of this watch is the faithful recreation of the AN5741-1’s luminous hands with black hubs. 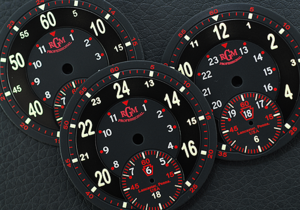 A variety of combinations of markers and luminous paint are available; the customer can choose to emphasize 24-hour time, 12-hour time, or elapsed minutes simply by the selection of dial. A large subsidiary seconds chapter aids in marking time accurately, and subtle details such as the Keystone logo and signature at 6:00 indicate the pride that RGM takes in manufacturing its components, and assembling the watch, in Pennsylvania.

More details about pricing and available configurations of the 801 Aircraft and other models of RGM’s American-made timepieces are available at www.RGMwatches.com or by contacting RGM directly.