Presented here is a steel Rado chronometer from the period 1968-1972. This model is the first chronometer issued by Rado after their 56-H series, which was first produced in 1956. Early 56-H models were only issued in 18k gold cases, the second series (a.k.a. 56-HB) has been seen with cases of 18k gold, gold-plate, or stainless steel. The present watch, Ref. 11821 (known only as Chronometer) was issued only in steel, and was the last chronometer model with a traditional watch case and shape (as opposed to oval Diastars of Tungsten-Carbide) until a Japan-only Golden Horse chronometer was issued in 2008.

This watch features a distinctive case which is larger than that of most Golden Horse (and related) models of the same period. It has 20mm lugs which are cut straight across, rather than rounded to the radius of the bezel. A slight bevel to the lugs is matched by beveled edges of the OEM bracelet, not pictured on this watch but shown in the catalogue image below and in photos generously provided by noted Rado collector and instagram user rado_jp.

Production figures for this model are unknown; a request for information has been made to Rado Watch Co, and I intend to update this article as more data becomes available. Please check back. For now, the assumption that Fritz von Osterhausen's published figure of 911 Rado chronometer wristwatches made 1957-1972 is assumed to be correct, and that it includes this line in addition to the 56-H models. An informal accumulation of information from examples of this reference seen on the web, and in the hands of EOT Rado Forum members, shows that the case numbers fall within the range ofG.33350044 to G.33350635 (the watch pictured herein). This suggests that 600 or more cases of this type were made, but it is unknown whether they were all built into watches and whether all those watches were Ref. 11821 chronometers. Very similar cases have been seen on other models such as the Jetliner 333 and some Day-Night and LITENITE models. Examination of their case numbers will be made as opportunities arise. Two Jetliner 333s have been shown to have case numbers in a different range (eg, G.4481640). If you have information on these watches, including the significance of the G in the case numbering, please This email address is being protected from spambots. You need JavaScript enabled to view it.. 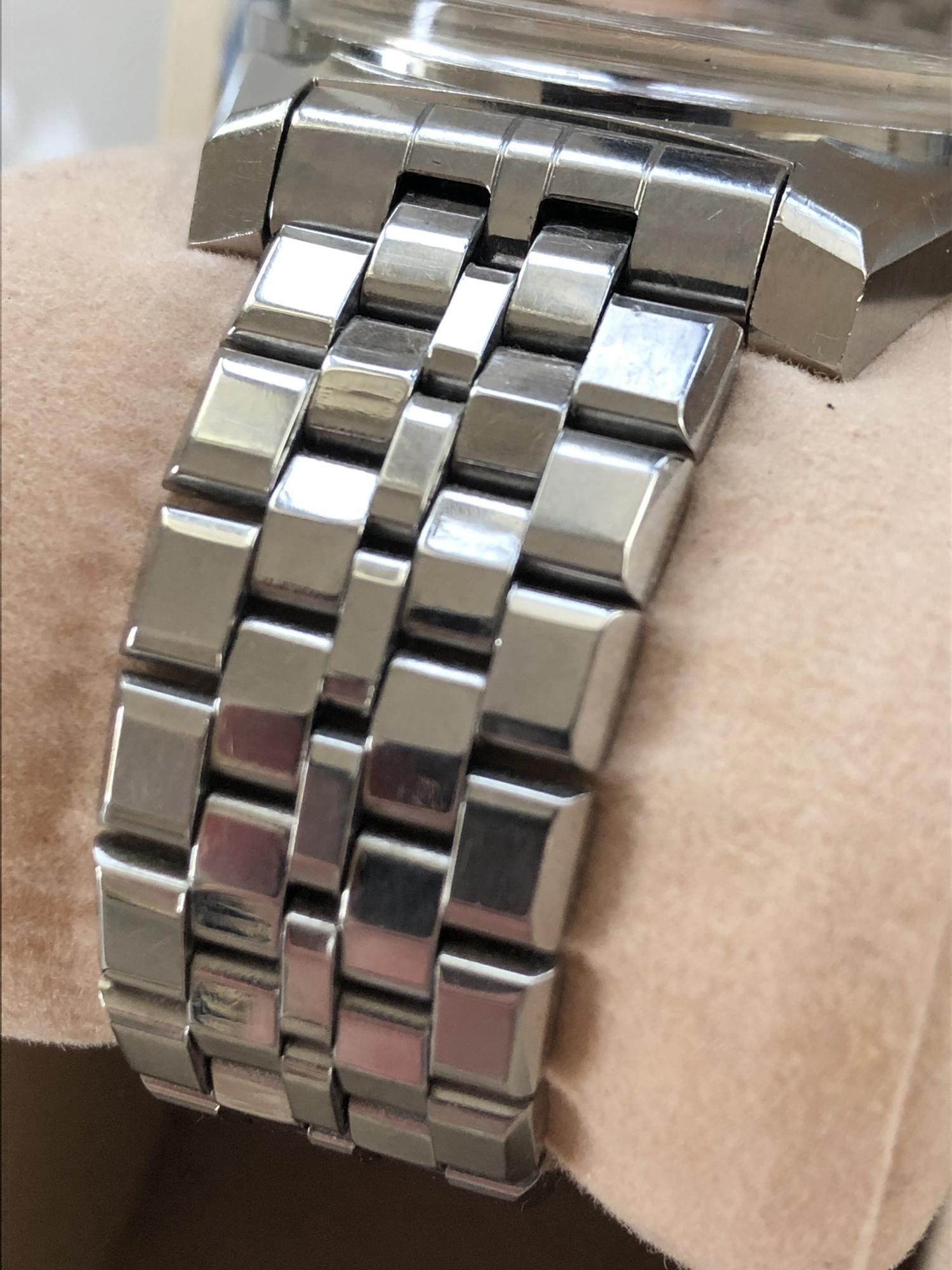